The final Double-A affiliation agreements came down to the San Diego Padres and Minnesota Twins Organizations and the cities of Pensacola, Fla. and Amarillo, Texas.

“This is a rare time when there are no losers. The Padres and Twins are first class organizations,” said Blue Wahoos president Jonathan Griffith. “One would end up playing in the picturesque downtown Pensacola’s Blue Wahoo Stadium and the other in a brand new 44 million ball park in Amarillo, Texas. Both are great venues in great cities.”] 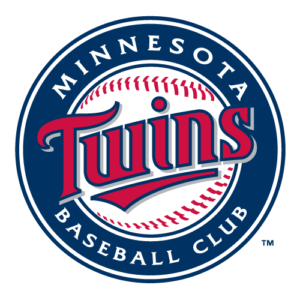 “This was our first time going through this process it was beyond expectations,” added Griffith. “The Padres and Twins were both great. We learned so much during the process on what we can do better based on how they both operate. In an operational area such as speeding up food delivery the Padres still offered to share their processes with us even after learning the decision to sign with the Twins. The Twins, like the Padres, are committed to a partnership that will help the Wahoos continue to get better.”

“We are thrilled to sign a two-year player development contract with the Pensacola Blue Wahoos,” said Director, Minor League Operations Jeremy Zoll.  “Their owners and leadership team have a clear commitment to positively impacting the community in Pensacola, and we believe that the values of the Twins and Blue Wahoos could not be better aligned. We are looking forward to being true partners to Pensacola in both business and baseball operations and are excited for our AA players to have the opportunity to call the Pensacola community their home.”

“Both teams’ owners, Ron Fowler of the Padres and Jim Pohlad of the Twins, were very active in the process, which we appreciated,” said Blue Wahoos owner Quint Studer. “Both organizations are in a rebuilding process. With the leadership that these owners provide, it is no surprise why they have minor league systems rated in the top five. They both are deeply committed to their respective communities beyond baseball.”

In the end, it came down to the Blue Wahoos fans. The team got feedback from the community through a fan poll conducted by the Pensacola News Journal. At the time of the decision, the Twins were the preference among voters.

“We appreciate the many people who voted as well as those that took the time to email us,” said Griffith. “We are excited as we close out 2018 with UWF Football, the Soul Bowl, Flag Football, Wahooloween, New Year’s Eve, and other community events.”

The team will open the new year with exciting news about stadium upgrades. The Blue Wahoos will also announce more details about the community impact of the partnership between the Wahoos and the Twins.

The Pensacola Blue Wahoos are the Double-A affiliate of the Minnesota Twins. The team plays its home games at award-winning Blue Wahoos Stadium. The 2019 season will begin April 4 in Mobile. Follow the Blue Wahoos at bluewahoos.com, facebook.com/PensacolaBlueWahoos, and twitter.com/BlueWahoosBBall

After a record-setting month of April highlighted by brilliant starting pitching, the Blue Wahoos stumbled out of the gate in May, allowing seven early runs in a 7-3 loss to the Biloxi Shuckers on Wednesday […]

The Blue Wahoos announced on Friday that a familiar name will be taking over the team’s lead play-by-play broadcast duties in 2019. Chris Garagiola, the grandson of Hall of Fame broadcaster Joe Garagiola Sr., will […]

Blue Wahoos partner with ESPN Pensacola for the 2019 Season

The Pensacola Blue Wahoos and ESPN Pensacola announced a joint partnership on Wednesday, making the ESPN affiliate the radio flagship station for Blue Wahoos Baseball in 2019. All 140 Blue Wahoos games this season will […]