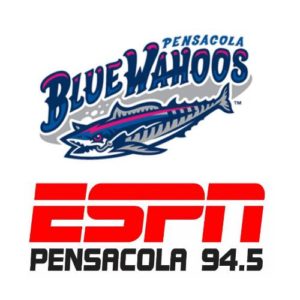 For the first time in a week the Wahoos got back into the win column. The last six games have been rough for the Wahoos as they dropped six in a row coming into last night’s game against the Mobile Baybears. The sputtering offense seemed to find life as they connected for three home runs on Monday night. Mark Contreras was the hero as he blasted a walk-off homer over the right-centerfield fence to give the Wahoos a 5-3 win.

On Sunday night, the Wahoos started strong, getting to a 3-0 lead in the third inning. Pitching would falter as the Mississippi Braves would account for eight runs and take home the win. That brought the team to a 2-13 record in their last fifteen games and a season high six game loosing streak. Over the loosing streak, the Wahoos averaged only 1.5 runs per game and were shutout twice. Along with the offense, the pitching staff struggled as well. Wahoo pitchers allowed an average of 4.5 runs per game. With an offense that is struggling, that is simply not going to get it done.

In last night’s series opener, Griffin Jax put the Wahoos on his back as he went seven innings, allowing only one run and striking out eight. Jax returned for the eighth inning but gave up a lead off single, hit a batter, and walked one with nobody out. Then enters reliever Alex Phillips to clean up the mess. He proceeded to get a double play and a strikeout while only allowing one of his inherited runs to score. This preserved the Wahoos lead at 3-2 going into the ninth inning. Phillips started the ninth and gave up a one-out single and walked the next hitter. Manager Ramon Borrego went to Tom Hackimer out of the bullpen who gave up a bloop single and a game tying sac fly. He then ended the inning with a strikeout. Heading into the bottom of the ninth, 3-3, tie game. Caleb Hamilton got the ninth going with a one-out walk. Walks will kill you. That is what every coach will tell you. Mark Contreras made sure that statement proved right as he provided the Wahoos with their first walk-off home run this season.

The losing streak has finally ended and with four games remaining on the current home stand, the Wahoos will look to turn things around. To go along with last night’s craziness, the Baybears are visiting Pensacola for the last time as they will relocate to Madison, Alabama as the Rocket City Trash Pandas. So be sure to head on out to see your Wahoos matchup against the Baybears for the final time in history.